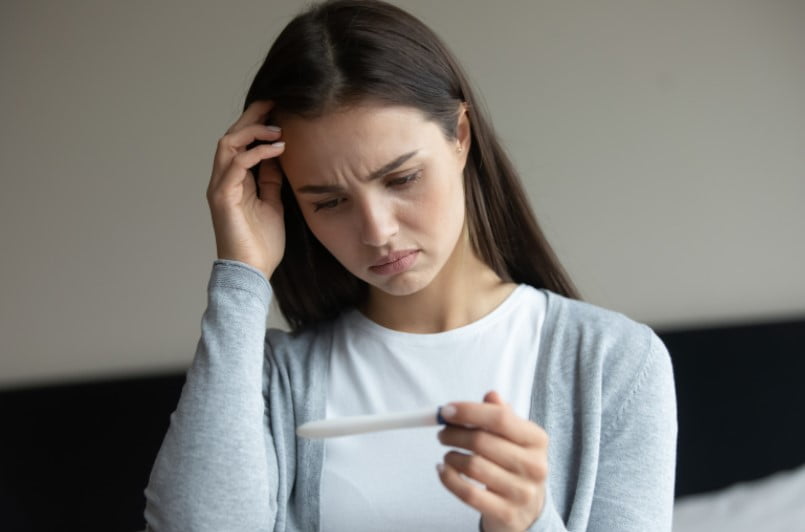 Despite the wide availability of birth control, more than half a million teens still get pregnant in the States every year. We could blame this on many things, like the media, lack of education, and inadequate parental guidance. In many cases, it’s nothing but a teen’s irresponsibility to get them to the situation. But we shouldn’t make them feel any guiltier than they already do.

Besides, all teens feel the same way the moment they find out they’re pregnant: fear. They might’ve been reckless, but none of them wished to become parents so soon.

Because of their fear, many teens make decisions about their pregnancy without letting their parents know. Some of them would abort the baby secretly during their first trimester. Others would try to hide it as long as they could. But whichever the teen chooses, pregnancy can’t be easy to hide. Whether they get an abortion or not, they’d experience health issues that would eventually alert their parents.

So what can a conflicted pregnant teen do? These are their options according to the law:

If you want to keep your baby, tell your parents about your pregnancy as soon as possible. Regardless of the baby’s father supports it or not, you’d need your parents during this time. It would be scary, but there’s no way around it. Only your parents can help you with prenatal care and, in time, postpartum care.

If you are a parent who’s just found out that your teen is pregnant, allow yourself to go through whatever you feel. You might blame yourself for what happened, but if your teen insists on keeping the baby, you owe it to her and yourself to be proud. It means you’ve raised a kid who’s willing to accept the consequences of their actions.

For teen fathers, accepting the baby may be harder. Many teen boys feel frightened about caring for a baby and thus need to be encouraged to face the responsibility. If your parents and/or your partner’s parents support you wholeheartedly, you can use that to gain the courage to embrace fatherhood. Running away may only induce more guilt. It would also mean turning away from an opportunity to learn and grow.

In Alaska, California, Connecticut, District of Columbia, Hawaii, Maine, Nevada, New Jersey, New Mexico, New York, Oregon, Vermont, and Washington, you can undergo an abortion without parental consent. The rest of the states require consent from at least one parent. Others, like Florida, need teens to inform their parents, but they don’t have to get their approval. In the cases of divorced or separated parents, the state of Kansas requires consent from the parent with custody.

If you’re a parent whose teen chooses to have an abortion, try to respect their decision. It doesn’t necessarily mean they’re escaping the consequences of their actions. Instead, it can simply be the best for them and your family. The American Academy of Pediatrics (AAP) advocates for teens to be allowed an abortion without parental consent. Studies show that teens are capable of making such a decision by themselves, contrary to popular belief. Plus, some circumstances that made teens pregnant are traumatic. Let them regain their adolescence if keeping the baby would mess them up psychologically.

For teen dads, providing child support isn’t optional but mandatory. Some teen moms may allow the fathers of their babies to run away; that’s the only time you can be spared from legal consequences. However, if the mom’s parents demand your support, you have no other choice.

Providing child support as a teen won’t be easy. It would force you to be independent and to abandon your immature ways. But a human being depends on you now. You don’t have to marry the baby’s mother, but at least take responsibility for an action you’ve done together.

If a teen’s pregnancy resulted from assault or any other action without consent, involve a counselor and legal authorities. They have the option to seek justice against their wrongdoer as well, and they shouldn’t endure nine months of carrying a baby they will never want.