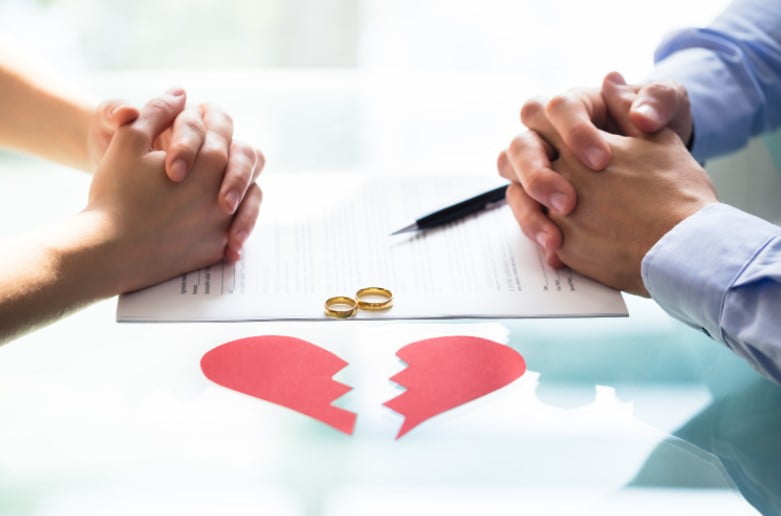 Marriage is an integral part of the American dream. It brings a lot of joy among couples, and it’s also considered an essential part of the US culture. However, it’s also one of the leading causes of debt.

The average cost of divorce is between $7000 to $13,000. That’s about an amount to the average medical bill cost in the US. It’s an expensive endeavor and one that has led many families, including the richest ones, into debt.

A Country of Divorce

The United States is ranked third among the countries with the highest divorce rates globally. It has a divorce rate of four for every 1,000 inhabitants in the country. If we consider that the US has more population than the highest-ranked country when it comes to divorce (Maldives), there is more potential for divorce in the US than in any other country in the world.

It’s sad to think that the US is considered the country of divorce, but there’s not much we can do about it. The legal system makes it easy for couples to get divorced. Moreover, the culture accepts its existence. As a result, many continue to get married after their first divorce, hopeful that they can achieve a long-standing marriage in the future.

However, many people don’t know that divorce can lead many Americans to debt. Experts urge people not to get divorced if they want to be more stable financially.

Infidelity is the second main reason why Americans get divorced. There’s a lot of emotion attached to infidelity, and marriages can quickly become a power struggle because of it. Once infidelity happens between couples, divorce becomes an easy option.

Lastly, personality disorders and abuse are the last two main reasons people get divorced. Couples with narcissists are likely to get separated more than once in their lifetime. Mental and physically abused individuals are also very likely to get divorced to search for a better relationship in the future.

How to Avoid It

One of the most effective ways to avoid divorce is through therapy. Married couples who undergo marriage counseling are less likely to get divorced than those who don’t. Experts believe it’s also one of the cheapest and effective solutions for marital problems.

Some states now urge married couples to get such a service before they can get divorced. This is to aid families to stay together. It’s also been found that this is to help those families who have serious financial needs and can’t afford a divorce.

One of the main reasons why couples get divorced is the lack of fidelity. Loyalty plays a big role in people’s marriages, and some consider as an essential virtue in every married couple. As stated by psychologists Rob Pascale and Lou Primavera, fidelity isn’t the only virtue that will keep a marriage, but infidelity will certainly end one.

Learning fidelity can be quite challenging if you’re someone who’s been exposed to it all your life. Studies have found that people who grew up with parents that aren’t loyal to each other are likely to do the same thing in the future. Experts believe that surrounding yourself with people who take responsibility for their actions will help you increase your fidelity, hence, keeping you more loyal to each other.

Divorce is a costly endeavor, and if you want your family to be financially stable in the future, you should do everything you can to stop it. Follow our suggestions, and communicate with your partner to find unique ways to protect your marriage.