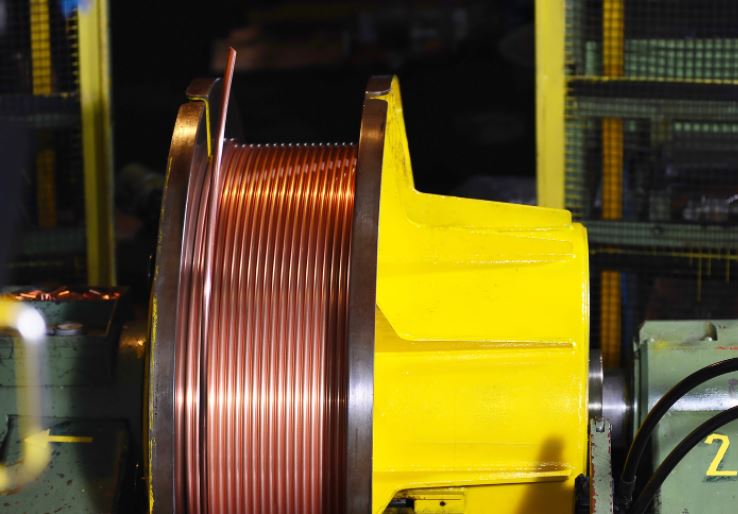 Copper production has significantly improved the quality of living. According to the US Geological survey, copper holds the third rank in the most consumed metals list for industrial purposes after iron and aluminum. It is the oldest metal used by humans. People have been involved in making useful things with copper since 8,000 years ago. It is the most valuable element that we use in many kinds without even realizing it. Whether it is an electrical appliance, gadget, or tool, you may find some traces of copper in it.

In 2013, nearly 18 million tons of copper were produced worldwide. The world’s leading copper producer is Chile which produced 5.7 million metric tons of copper in 2020. The Minera Escondida in Antofagasta, Chile, is the largest copper mine globally, which contributes 5% to the total world’s supply. Peru holds the second position with 2.2 million metric tons of production in the same year. The continents, including Asia, South America, Africa, and Europe, are hugely contributing to total copper production. Australia, Mexico, United States, DR Congo, Zambia, Canada are the other major copper-producing countries. Various companies like Three Valley Copper and Glencore are expanding their operations and services to fuel the future with copper. The Three Valley Copper stock of a copper mining company is reaching new heights.

How Is Copper Produced?

The process involved in copper production depends upon the nature of the ore and desired purity of the output. Several physical and electrochemical methods are involved throughout the processes. In every step, unwanted materials are produced, which are either removed physically or chemically. You should know about the process involved in copper production from sulfide ores listed as follows:

Most of the ores used by us come from open-pit mines. The ores are produced by drilling and blasting with explosives. Overburden is removed. The ore is removed with the help of power shovels and loaded in haul trucks. The ore is transported.

The ore obtained contains several impurities. A large amount of dirt, clay, and non-copper-bearing substances are often found associated with copper as an unwanted product. The froth floatation method is used to concentrate or remove waste materials from ore.

The next process after the physical removal of unwanted material is smelting. In this process, chemical processes are involved to remove iron and sulfur. As a result of the process, molten copper is produced with blisters. The output contains 99% of copper by weight.

The copper blisters still contain some quantities of sulfur, oxygen, and other materials which need to be removed. Hence, blister copper is sent for refining before taking it for the actual electrorefining process. The process is followed by casting.

The demands of copper will keep increasing with the advancement in technologies and several industries, especially electronics. Without copper, our lives are incomplete. Copper is obtained considering the environmental condition, which varies from country to country. The importance of copper is unmatchable with any other element.