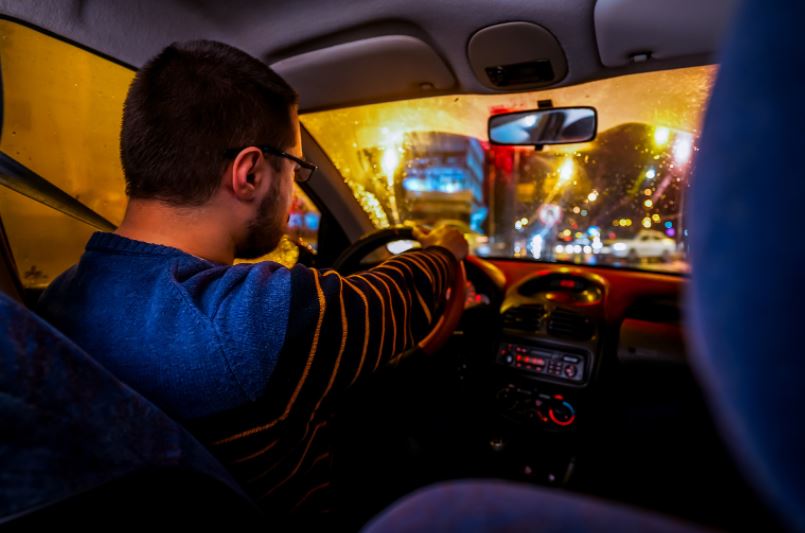 Motor vehicle crashes are one of the leading causes of death for those between 14 and 24 years old, according to the U.S. Department of Transportation’s National Highway Traffic and Safety Administration (NHTSA).

The NHTSA also reports that during nighttime hours, a driver is three times more likely to die in a motor vehicle crash than during daylight hours. Statistics also show that the likelihood of an accident occurring on a given road is roughly proportional to traffic volume.

This means that at night, there are fewer cars on the road with fewer people driving. It’s much more likely for someone to have an accident. Concerning motor vehicle accidents, people are most likely to be involved in the per mile driven at 9 p.m. or between 3 and 4 a.m., even though these time slots make up only 5% of total miles driven.

But what makes nighttime driving dangerous?

The Dangers of Nighttime Driving

Some studies reveal that drivers are more likely to have accidents on dark winter nights due to limited visibility. In contrast, in summer, this is caused by people simply not leaving enough time for their journey.

Other possible explanations include:

How Lack of Sleep Affects Driving

A study in SLEEP found that individuals who had slept for seven hours or less within 24 hours are more likely to get involved in or be responsible for driving accidents. The odds are the highest for those who slept for less than four hours.

The lack of sleep impacts driving in many ways. It can delay a driver’s reaction time, especially when they need to brake as they encounter an object or something that moves like a pedestrian or an animal.

Keeping your eyes open doesn’t seem to be enough, however, as insufficient sleep seemed to affect decision-making skills as well. People could make “necessary” maneuvers such as changing lanes into passing vehicles more often than their well-rested counterparts. Further, drowsiness reduces peripheral vision and decreases awareness.

How to Decrease the Risk of Accidents at Night

Accidents while driving can happen anytime, but there are also many ways to decrease the risk:

Towing vehicles need to have a tow truck light bar above. It can serve as a visual warning for vehicles trailing behind to keep distance as another car may be attached to the trailer.

Make sure your headlights are clean, so they can offer the best lighting possible for you when driving at night.

You can also avoid accidents at night by using your indicators before switching lanes. This lets other drivers know what you’re doing, as merging without warning can cause collisions, especially if the vehicle beside you doesn’t realize you’re moving over until it’s too late.

Try not to drive with sunglasses during the night as it makes it harder for you to see what’s ahead of you, especially in wet weather conditions where there may be water on the road that reflects light into your eyes. It makes it even harder to see obstacles in the road.

If other drivers aren’t turning off their high-beam headlights, take a moment to flip your switch once they’ve passed you. Your lights will still be on high beam, and it’ll prevent temporary blindness from those very bright headlights.

Make sure that you rest for 15 minutes every 2 hours of driving time to stop yourself from falling asleep behind the wheel and minimize the risk of an accident occurring. Even better, since driving tired is just as bad as drunk driving, try to get a good night’s sleep before taking a long drive.

The roads can be a scary place to drive, especially after dark. But if you follow sensible tips and keep an eye open for danger around every turn, you should have no problem making it home safely.